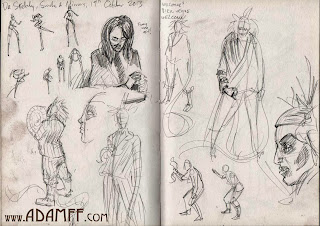 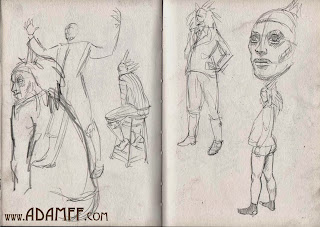 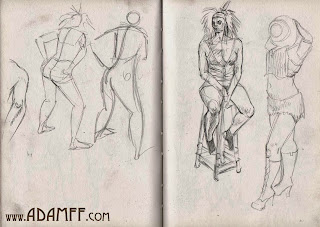 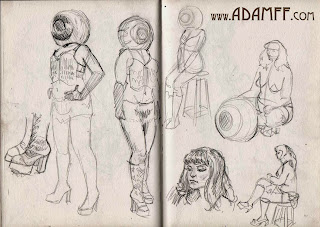 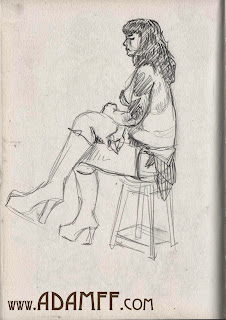 My second visit to Dr Sketchy's Bristol, and this time they put on a Halloween themed event and tied it in with the Bristol Burlesque Festival. Not as many models and routines and the last Dr Sketchy's Bristol I went to, but the fantastic calibre of  the models more than made up for the lack of variety.

The first model was Sandy Sure, who did a spectacular job of posing as Beetlejuice! The suit and wig were of course easy touches, but she did a brilliant job of capturing Michael Keaton's distinctive posture and she did some terrifying facial grimaces as well!

The second model was Bristol Burlesque Festival co-producer and classy lady Tuesday Laveau! There'll be no mistaking the pictures of her as she was wearing a massive papier mache eyeball helmet for her initial poses, and formidable star-spangled stripper boots. I was honoured when Tuesday picked out my little sketch of her face as her favourite drawing of the evening! "I have a weird face," she said, which is why she was so impressed that I was able to capture something of a likeness. For the record Ms. Laveau, Hattie and I think you have a very pretty face ;)