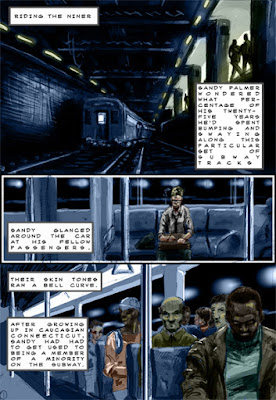 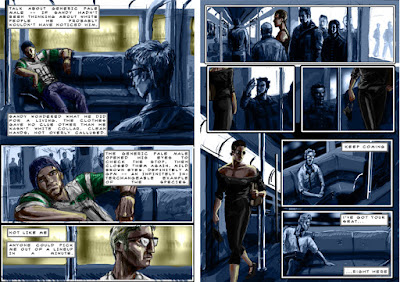 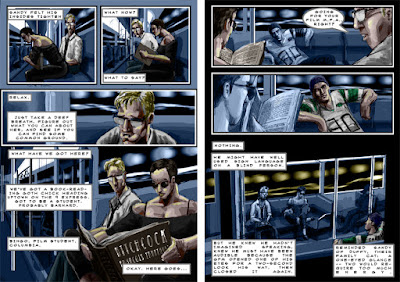 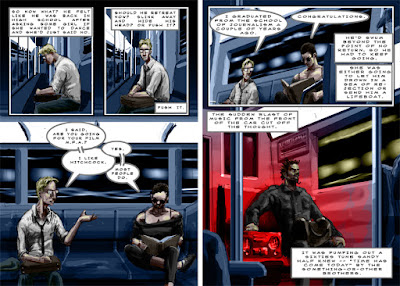 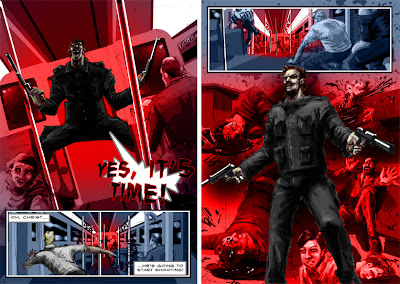 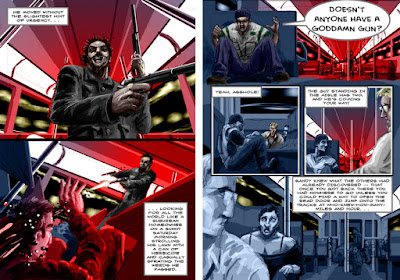 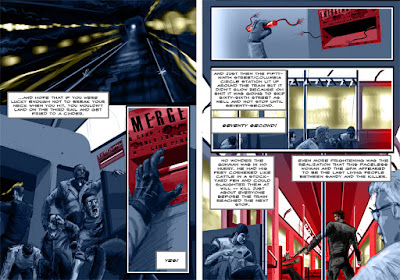 This comic is based on one of the opening scenes from 'Hosts' written by F Paul Wilson. I chose to adapt this scene into a sequential illustration because I thought it has a very simple three part structure that would work well as a stand-alone story.
I thought that having an ancillary character narrate the action was interesting, becasue of the nature of Repairman Jack's character; he is always a part of the crowd. I hope that anyone unfamiliar with Repairman Jack would not even realise who the hero is until he strikes.