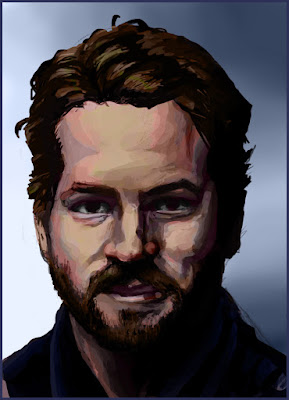 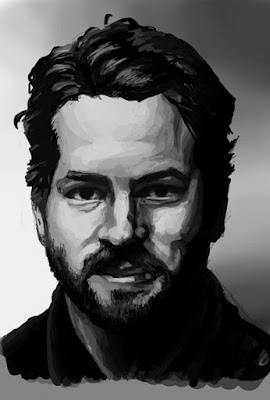 This is a drawing of Ryan Reynolds, who has recently been announced as the actor who will play Repairman Jack in the upcoming movie. I am doing studies of Reynolds as character design for the short comic I am producing, based on one of the Repairman Jack novels.

Following on from the crit I received for Georiga, and after having read several online tutorials in how to paint skintones, I decided to take this study and make a painting of it. I began by painting in black and white to fix the tonal range. I then went over it again with colour.

I am not sure how well it turned out. It is a very different process than the simpler one I am used to , but I think that with practice and after doing more studies from life I should see some improvement soon.